A Review of Perpetual Calendar Watches 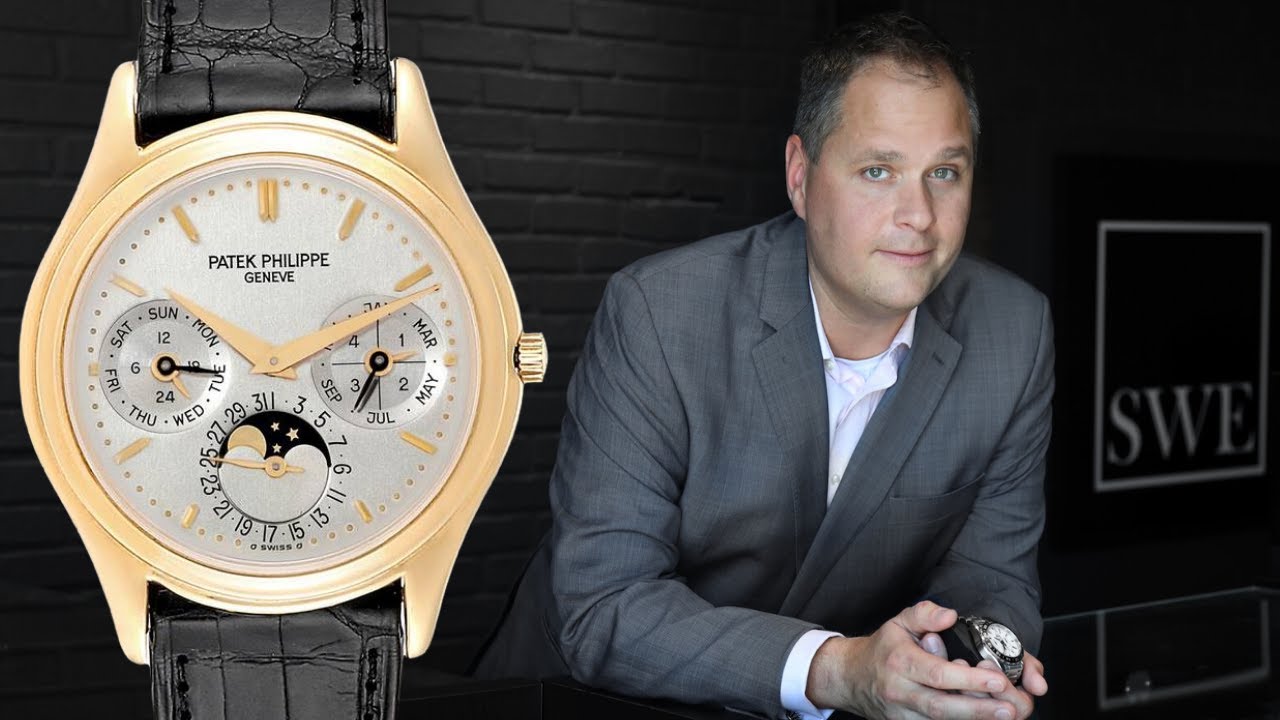 This here is the ultimate set it and forget it complication. You keep these things wound, you’ll never have to worry about whether the information being displayed on them is right or wrong and you’ll never have to change them. These are some really remarkable pieces and we do have a few specific examples that we really wanted to show you guys we had to offer right now. Yeah, starting with the Patek Philippe, the very first sort of perpetual calendar in industry, the one that really brought it to everybody. This watch was the first sort of wristwatch that people wore with the perpetual calendarr.

The most complicated. One of the things that you should know about the Patek Philippe’s specifically this particular perpetual calendar is that this is a 1987 model and that’s important because in 1986, the model 89 was introduced and the model 89 was one of the most patented in one of the very most complicated wristwatches ever developed. And it still remains that way. So this is just one year later with the perpetual calendar. It’s kind of interesting. There was all kinds of things about the 89, you can go read up about it. Uh, it included the minute repeater and all kinds of things – which a minute repeater for those folks who don’t know is something that, uh, it has a hammer and a chime. So at certain points and intervals, depending on what the designer does, it will ring and it’ll chime on certain hours, much like a grandfather clock. For those of people who may know what a grandfather clock is. I mean, we’re getting so far into history now that people don’t remember what watchmaking and clock making were at this point.

We don’t have a lot of time and we don’t want to take a lot of your time to show you the intricacies of how our perpetual calendar works, what all the mechanical things are, because it is complicated. What you should know is that the perpetual calendar is one of the single most complicated movement style, as you said and requires a whole lot of expertise because they are good until the year 2100. Now, some companies Vacheron are good until for the next 150 years starting from the date that they’re made, which is a really interesting thing because they continually evolve. Why does that matter? Because mathematicians have to actually figure it out. Remember, this is a mechanical watch.

This actually understands the calendar for the next hundred years to 150 years and these particular cases, some of the manufacturers opt to only move them through the year 2100. Now, why does that matter? Well, all of the math has been done in order to make sure that the gear sets move in just such a way that they account for all kinds of things, including a leap year, which is why we’re doing the perpetual calendar this year.

There is a difference between an annual calendar and a perpetual calendar and annual calendar only calculate every single month with the exception of a leap year. It will not jump forward when you have a leap year. It also doesn’t understand February. February is a complicated month because in the Gregorian calendar, which is an evolved calendar that we use today, most commonly, every four years, it cycles and jumps well. February 28th is a specifically strange year. It’s strange time of the year because the calendar is just don’t know how to equate that, so you have to, man, that would be the only time on an annual calendar. 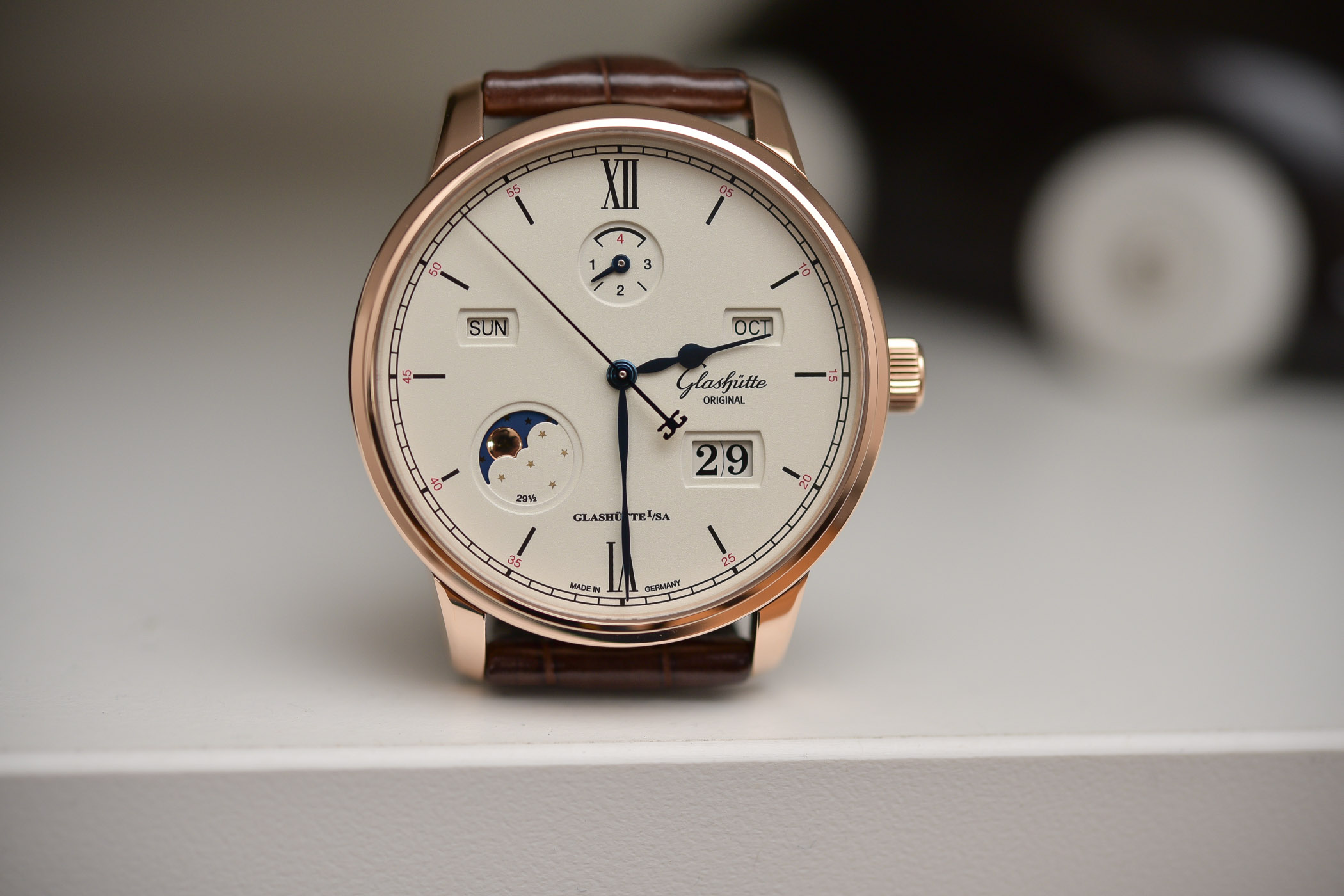 You’d have to move it forward manually on perpetual calendar. It knows those so you don’t have to touch it as you said, set it and forget it. Now, here’s the thing. This is where it gets really intense. Some manufacturers on perpetual calendars, they don’t make the watch in a way where if you happen to go a little bit past the year, you have to let the watch one down and die and let the calendar catch up. If you happen to get too far advanced, you’ve got to send that watch back to the manufacturer and be completely reset.

That can be an expensive proposition, particularly with companies like Vacheron or Patek Philippe or some of the other ones. Okay? Now JLC gives you a little bit more influential perpetual calendar and by that what I mean is it’s a little bit more simplistic to have work done. It’s actually a nice thing. JLC has done a really good job of that. Other companies like IWC offer perpetual calendar as well. But the reason I mentioned these watches is because these are thicker. Not all perpetual calendars are made exactly the same. If you look at the thickness on this JLC versus this Patek Philippe. So in my right hand I have the Patek Philippe and the solid gold, and I’ve got the JLC in my left hand.

Significant difference in the way that the thickness stock, that’s because the movement is more complicated in the Patek Philippe because it’s smaller. Yeah. It’s very difficult to make all these gear sets and gear trains work in a perpetual calendar. Now, little bit of sort of history on this. In the 1920s, the reason that perpetual calendars and complication sets got really popular is because there is Mr. Henry Graves, which was a banker, uh, came from, uh, he was one of the richest people in the United States at the time. And you may have heard of Packard of the Packard automobile company. Okay. These were two guys who really competed head on head to head and distinctly enough they ever never actually met each other and hung out together.

But it was known in the watch world that these two people were conspiring to build the most complicated and the most fancy watch because during the 1920s in the United States, this was a time when people really wanted to show off their collection watch. Collections were absolutely enormous. It was the one thing that set others apart from each other. You know, if you were, you were a millionaire, you had the most complicated watch, this is where you, these are the things that you did, right. So Henry groves is really important at, in the watch world because when he set out to have Patek build him a watch, he had a minute repeater, he had a perpetual calendar and these were the most expensive watches at the time. And that’s important because the Franck Muller, everybody wants to know why is the Franck Mueller called the Master Banker? Well, it’s because the tonneau shape from, uh, Henry Graves was the shape that he wore Patek Philippe had the tunnel shape the minute repeater, his watch just last year at Sotheby’s sold for 4.7 $5 million. Ooh, yeah, yeah. Really intense. So that’s why the Franck Mueller in a perpetual calendar form in a tonneau shape, it’s called the Master Banker.

But more importantly, this is most like the original Patek Philippe that Henry Graves wore. Yeah, yeah. And something I didn’t know about these perpetual calendars until I started doing research, which makes sense now considering how exclusive they used to be, that none of these complications were basically available to the public until like the late sixties. All of this early generation from the 20s onward, every single one of these pieces were specifically commissioned for one collector.

So I can’t even imagine what the currency translation is to modern times, but astronomically expensive and a very exclusive complication to have. The first commercially be available watch from Patek Philippe was 1929. Yeah. But imagine you had to be really a high end watch buyer. This was not like for just anybody. This was, you know, for the, for the Biltmores and the Vanderbilts. And you know, these people, these are, you know, uh, the Firestones, the Goodyears these before, you know, the buyers to set their watches, always tell. Right? Absolutely. Um, so I, I think it’s important to note that in Breitling we actually have a really great Transocean model. These were extraordinarily rare with me being an obvious Breitling guy, a captain for Breitling for many years. And uh, which means that I sold these new and AD and I had to go through a lot of training in order to obtain that.

Uh, it’s, it’s a high mark of honor for sales folks. Not everybody does it. And what you start learning is just exactly what it is that, that Breitling shines in. For the type of money that you pay for this transaction. It is not only a moon phase, but it’s also a perpetual calendar. It’s a great size watch. It’s gorgeous. I mean, you could say that some people have certain feelings about the Milanese bracelet. I just think this is one of the single most classic looking watches really in the watch industry. They no longer make this and for the price that you’re going to pay for here, as SwissWatchExpo, it’s $5,490. This watch was close to $12,000. Now, so you can get some really great deals on perpetual calendars. Here we even have a digital model.

The Omega Constellation perpetual calendar. This is interesting because this is a digital watch. It’s got a little computer inside the nose. They cheat. So that’s why all digital watches know perpetual calendar right? They’re programmed to know that it’s the complication set of the mechanics, the very slight movements of the caliber inside. It’s, it’s the, it’s how fast the watch has to move and keep up time. Really, it’s a mechanical genius that you can do this. The very most expensive watch, the, if I’m, if I’m remembering correctly, it’s, it’s the, it’s the, 57260 from Vacheron – two pounds of gold. It’s a pocket watch. It’s absolutely pocket watch. It’s absolutely enormous. The most expensive watch in the world not only knows the, I believe you call it the Hebraic calendar, the Hebrew calendar, the Jewish calendar, which is extraordinarily complicated by the way. And it also has the Gregorian calendar in it.